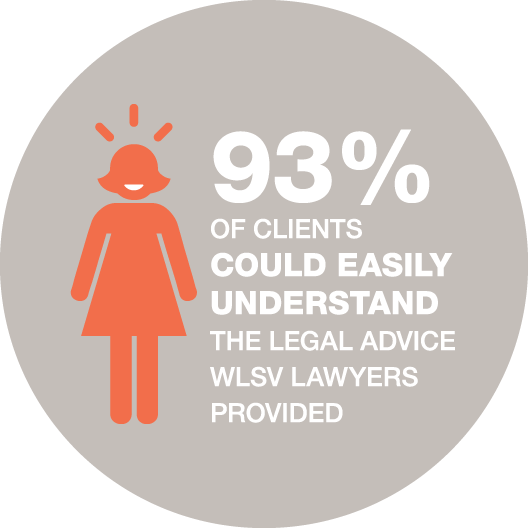 A woman and her children are left vulnerable to a violent ex-partner because of her visa status and the prohibitive cost of the family law system.

Anissa and her husband Adi moved to Australia from Indonesia with their three children in 2005. As the children became school aged, Adi began physically abusing Anissa. One Christmas day Anissa ended up in hospital after Adi physically assaulted her. With the support of a family violence worker, Anissa made a statement to police and the courts granted her a 2 year intervention order. After the intervention order was granted Adi applied for divorce and cut off all the utilities to the house including electricity and water.

Annisa was caring for their three children and unable to work. Her visa status meant she did not qualify for Centrelink support.

When Anissa came to Women’s Legal Service Victoria (WLSV) she was referred into our Small Claims, Large Battles project.

As the couple owned very little the lawyers looked to Adi’s superannuation ($35,000) as the main asset of their relationship. A property settlement was negotiated and Anissa received $19,000 of Adi’s super. If Anissa had been required to pay for the legal representation during the six months it took to reach a settlement it would have cost her $21,000, a sum higher than the amount she received in settlement. This case highlights a number of significant barriers women experiencing disadvantage face when using the family law courts to receive a fair settlement.